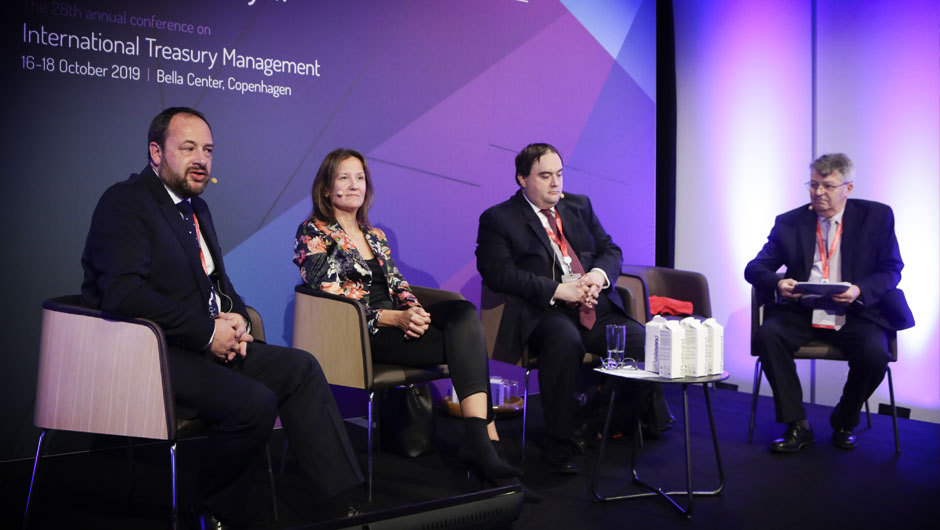 Treasurers have mixed views on the benefits of virtual accounts – and debate whether the product should be bank or vendor-driven.

Virtual accounts are often presented as a magic bullet for treasurers, replacing the messiness and costs of multinational physical bank accounts with a seamless, efficient alternative.

At this year’s EuroFinance International Treasury Management event in Copenhagen, the reality was less clear cut. While some treasurers are already using this type of solution, others have reservations about how much value virtual accounts can really bring. So does this type of product have genuine benefits to offer?

Jim Scurlock, Head of Cash Management at Microsoft and winner of the 2019 EuroFinance Award for Treasury Excellence, says that while the company is currently using Bank of America’s virtual account solution for select accounts in the US, “we are looking at something more global”. As such, the company is currently carrying out a scoping exercise. However, as Scurlock noted, “no bank has a product that is 100% in all the markets with all currencies – they’re still figuring it out.” He added that different banks use different terminology for this type of product, making it important to align on the language used.

Theis Jensen, Head of Group Cash Management at Danish transport and logistics company DSV Panalpina, was another who expressed reservations about virtual accounts. Noting that “every treasurer” in the room was likely to have received a visit from their bankers about virtual accounts, he questioned the benefits of this solution: “Where’s the added value? Will it help on the reconciliation piece? Not really, because it still depends on what the customer delivers.”

Jensen added that if a customer makes a payment on a dedicated account without indicating which invoice is being paid, manual intervention will still be needed to reconcile the payment with the relevant invoice. That said, he also noted that the process involved in opening a virtual account might be easier than for a physical account, meaning that virtual accounts could go some way towards alleviating the KYC burden faced by corporates around the world.

Despite these reservations, a number of treasurers are already using virtual accounts for a number of different purposes.

A tale of three companies

One is supply chain and electronic manufacturer Flex. EMEA Treasurer Petra Rosenauer explains that the company has around 300 bank accounts in place, resulting in frequent changes to account signatories. Communicating those changes to banks “could be tricky” – and consequently, the company developed a plan with Citi to translate physical accounts into virtual accounts, without needing to change the existing bank account numbers.

John Halpin, Treasury Analyst at construction equipment manufacturer Doosan Bobcat, provides another example of virtual accounts in action. He says that the company had been looking to move some of the company’s accounts from London to mainland Europe, and “took the opportunity to open virtual accounts” for purposes such as VAT and payroll. Halpin added that this approach enabled the company to identify receipts and payments more efficiently, while also eliminating reconciliation problems.

A further illustration of virtual accounts was provided by Peter Robinson, Head of Client Banking at XPS Administration. Robinson described how the UK pensions consultancy had moved to a virtual account model around eight years ago. He explained that the company initially asked banks for their proposed solutions, but found that the propositions they were putting forward “seemed out of the box, with not a lot of ability to tailor solutions to what we actually required.” Instead, the company tasked virtual accounts solution provider Cashfac with building a multi-bank solution that would enable the company to get the desired results.

While all three solutions come under the umbrella of virtual accounts, the accounts of the three speakers illustrated just how different virtual account structures can be. For example, where KYC is concerned, Halpin said that Doosan Bobcat’s virtual accounts avoid the need for KYC when adding new virtual accounts to existing Virtual Account Management accounts, Rosenauer, meanwhile, explained that Flex still needs to do light documentation for KYC purposes – although she noted that the process was significantly less arduous than in the past. And Robinson said, “I still suffer the torture of KYC,” noting that each pension scheme, as a distinct legal entity, has to go through KYC by the Bank – “however once that account is opened I am able to open as many virtual accounts as required for each scheme without KYC,” he adds.The speakers also spoke frankly about some of the limitations associated with a virtual accounts structure. For example, Halpin said that Doosan Bobcat was not currently able to pay direct debits from virtual accounts, although he added that this was “part of the roadmap for next year”. He also noted that it is only possible to obtain a virtual IBAN in the same country as a physical account. Rosenauer, meanwhile, noted that Flex has had to maintain physical accounts in certain countries, such as Poland and Israel.

Where are the benefits?

But when challenged on whether virtual accounts have real benefits to offer, the speakers were able to cite plenty of advantages to this approach. Rosenauer said that virtual accounts have reduced the work needed to open and close accounts, while Robinson cited greater transparency over financials for internal end users and the ability to see what is happening in real time “without going cap in hand to the accounts department to ask for reporting on that.” For Halpin, meanwhile, the main benefits revolved around easier accounting and reconciliation.

For those banks and vendors that are not themselves victims of a virtual account-driven rationalisation, the opportunities are there for the taking.