Top EuroStoxx 50 companies are using their cash holdings built during the pandemic to pay down debt, boost dividends and repurchase stock in 2022

Treasurers at the largest ten companies in the EuroStoxx 50 index as measured by their cash and securities holdings, are reallocating vast amounts of cash holdings amassed during the pandemic. The companies paid off €36.2 billion of outstanding debt in 2021 and as momentum towards recovery grows, they plan to expand share buyback programs to €4.7 billion and increase dividend payments by €6.7 billion in 2022, EuroFinance’s analysis shows.

The largest decrease was seen at French luxury goods company, Louis Vuitton Moët Hennessy (LVMH), which reduced holdings of cash and cash equivalents by €12 billion, or 60% to €8 billion in 2021.

“[Net] Debt is high, it’s still below €10 billion having made an acquisition of €16 billion that year. So we worked hard to bring that debt down.” said Jean-Jacques Guiony, CFO at LVMH.

Meanwhile, German automobile manufacturers, Volkswagen, BMW and Mercedes-Benz bucked the trend as cash & cash equivalents increased by 5.24%, 18% and 0.3% during the year. Despite that, total debt outstanding at Mercedes and BMW reduced by €20 billion and €3 billion to €125.8 billion and €103.4 billion, respectively. As covid-19 pandemic induced lockdowns hit revenues, corporates across the world had to cut down on cash spending, mainly in share repurchases. Some froze dividend payments as well. But now that a recovery from the pandemic continues, European corporates are unwinding these measures and preparing to payout €4.7 billion to shareholders via stock repurchases in 2022, as per EuroFinance’s estimates. The increase in planned dividends is even larger, at €6 billion.

Carmaker BMW led the dividend increase, announcing a €2.6 billion increase in payouts this year. With its last share buyback program ending in 2006, BMW is also planning to restart stock repurchases in 2022.

With the price of oil rallying to multi-year highs, Eni and TotalEnergies are expected to generate a significant growth in free cash flows in the coming year and have promised to return the extra funds to investors using share buybacks instead of hoarding liquidity.

Eni announced a €1.1 billion share buyback in 2022 as compared to only €427 million last year. However, the buyback is based at a price of Brent crude between $80 to $90/ barrel and if oil prices move above that level, 30% of incremental free cash flow will be put toward more buybacks.

After buying back $1.5 billion of its shares in the final quarter of 2021, TotalEnergies is also ramping up its repurchases to $2 billion in the first half of 2022.

Under Sanofi’s current share repurchase program, it is authorised to buy back up to 10% of its issued shares until September 2022, when it will be referred to the board for renewal. Based on past years utilisation of share repurchase limits, EuroFinance estimates the company to buyback €617 million of stock in 2022, as compared to €382 in 2021.

In June 2021, industrial giant, Siemens also announced that it intends to launch a new five-year share buyback program of up to €3 billion, beginning in FY 2022. Meanwhile, the aerospace products manufacturer, Airbus repurchased more shares in three months since the start of the year than it did throughout 2021.

In December2021, LVMH announced a share repurchase program of €300 million, its first since 2016.

Buybacks are also surging in the US, after a record $156 billion of shares repurchased by non-financial US companies in the third quarter of 2021, as earlier reported by EuroFinance

European corporations also continued to increase their investments in securities by €13.8 billion to €61.1 billion in 2021, the highest in the last six years. Despite the rise in the absolute amount of securities, treasurers are divided on expanding risk in their portfolio as bond yields in Europe surpass pre-pandemic levels but inflationary risk grows. Analysing the amount of securities as a proportion of total liquidity, EuroFinance found that Eni, TotalEnergies, LVMH increased their exposure to securities to multi-year highs of 43.3%, 39.2% and 32.7% in 2021 while Daimler and BMW confined towards safety with only 21% and 25% of their portfolio invested in securities, lowest amongst the pack. 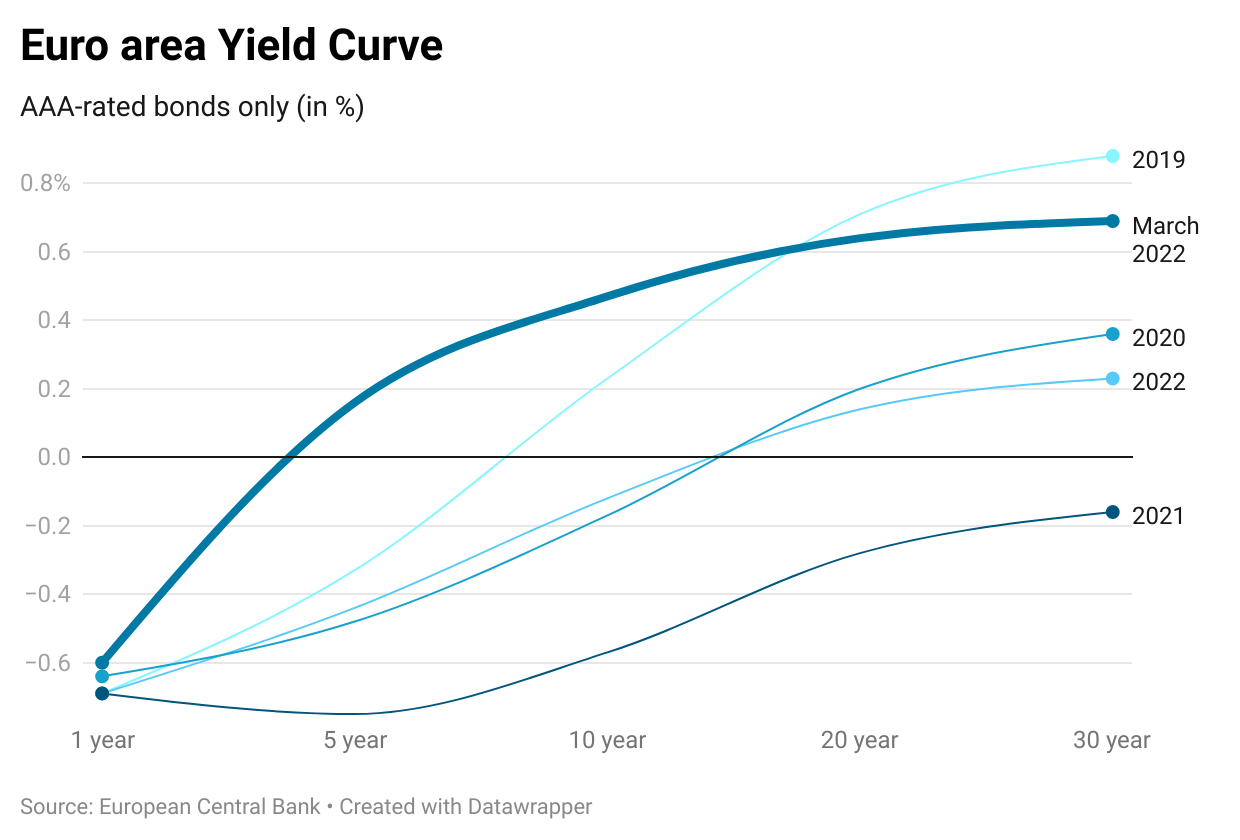