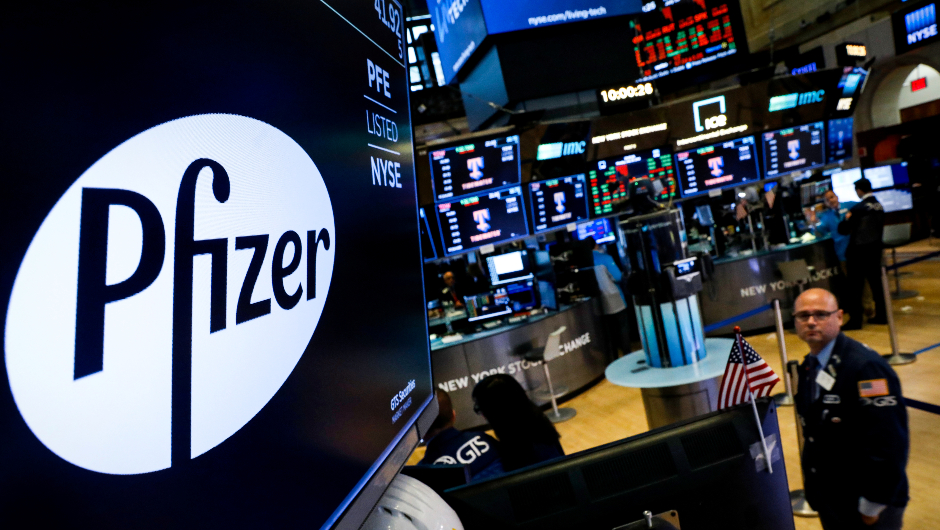 Primed with new cash in the wake of the pandemic, the biggest US companies ramped up their bond investments in the second quarter, benefiting from a market rally after central banks intervened to restore market confidence with a wave of bond buying.

The top 30 companies in the S&P 500 index as ranked by their amount of investments at the end of 2019 saw a rise of securities holdings – which comprises of debt and equity securities – by $65.6 billion in Q2 2020 from the end of Q1 while in same period cash and cash equivalent  rose by just $23.7 billion.

In the previous quarter, when the Covid-19 pandemic started, these top companies had raised liquidity levels on their balance sheet by increasing cash and by halting their share repurchase programmes. In Q1, the companies had raised $89.5 billion in cash and cash equivalents while dropping $27 billion of securities holdings off their balance sheet. The largest change in securities holdings in absolute terms was seen in Amazon which went up by $11.8 billion in Q2 from the end of Q1. Similarly, Apple, Ford and Johnson & Johnson saw a jump of $7.5 billion, $5.7 billion and $5.4 billion respectively in the same period.

Boeing’s cash and cash equivalents saw the biggest change in absolute terms in Q2 from Q1 end where it went up from $15.2 billion to $32 billion, representing a change of $16.7 billion. Of this jump, the majority came from an increase in time deposits which went up from $173 million to $11.9 billion. The planemaker raised $25 billion from a bond issue in the same period. 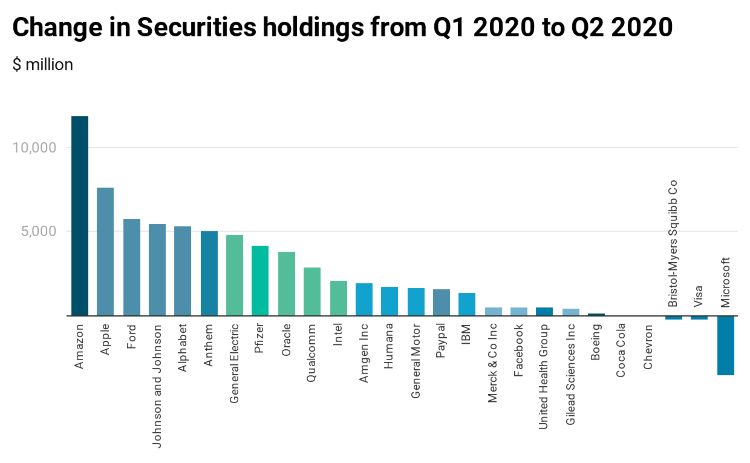 Corporate bond spreads peaked in March but since then they have come down but not to the pre-pandemic levels.

Companies such as IBM, Chevron, Honeywell, DowDuPont, Coca-Cola and PepsiCo does not provide information on bonds holdings so the data for these were not included in the government and corporate bond holdings calculation.

In wake of secured and rising liquidity and with undrawn credit lines, some companies have resumed share buyback programs and also resumed dividends which they had stopped in Q1 2020.

Companies such as Apple, Alphabet, Pfizer, Amgen and Anthem have resumed or have continued with their share repurchase program and dividend distribution.

“With liquidity concerns not as prevalent as they were earlier in the year, we have resumed our share repurchase program and continue to expect to repurchase greater than $1.5 billion of shares for the year”, said John Gallina, Executive Vice President and Chief Financial Officer at Anthem.

While Mastercard did not indulge in any share repurchase in Q2, but in July of Q3, the company resumed it.